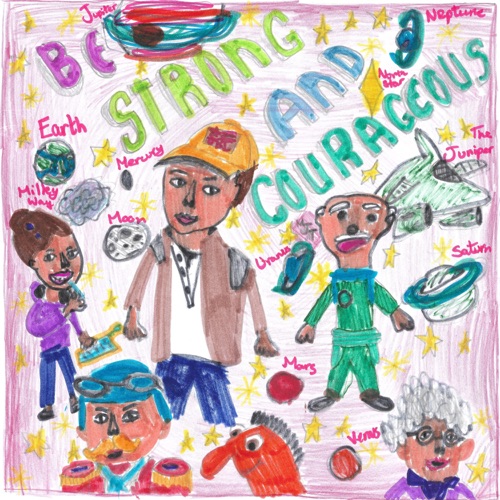 Michael J Tinker has a new single out on Wednesday with two songs: “Be Strong and Courageous” and “Let Your Light Shine”. I’ve had a sneak preview and they’re both fun, energetic and biblical – all you would expect from MJT songs. You can pre-order now from iTunes. The more pre-orders that are made, the more likely it will be to hit the children’s chart!

Here’s what the press release says …

Michael J Tinker is releasing a brand new single. Commissioned by the children of Crabtree Church, Harpenden, the brief was given for an upbeat, rocking song charting God’s faithfulness and His call for us to be ‘strong and courageous’. Michael then set about looking through all the references in the Bible of the phrase and what reasons were given to be strong. What he found was that none of it was to do with our own strength, but what God has done, His faithfulness, His love, His strength, power and provision. Each line of the chorus is a quote or reference from across the Bible showing how that is true.

At a time of uncertainty, unrest and confusion this seems a particularly prescient message. As the first verse goes:

As for the style, what could be more upbeat and rocking than the big sound of Bruce Springsteen! Michael channels the Boss’ gruff vocals while producer nicholas alexander perfectly captures the E-Street band’s massive sound. The track is rounded off with vocals of children from across the world who sent in their recordings when Michael put the shout out on his daily livestream.

Another thing that came from the livestream was the cover design. Michael ran a competition and the winner was 9 year old Emma.

The B-Side of the single is a song co-written with writer Tim Chester, based on Matthew 5:16 written for a Peak District Primary School to help them learn about their school motto ‘Let Your Light Shine’.

Dr Tim Chester is a senior faculty member of Crosslands Training and the author of too many books.